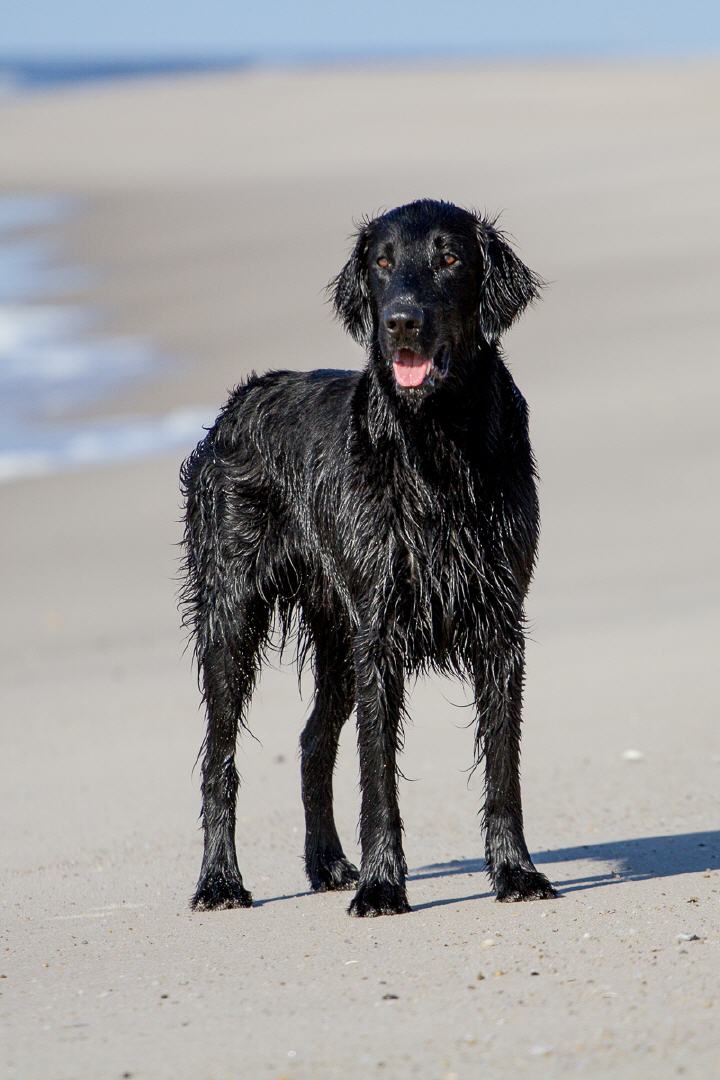 How Nick made his way into our hearts is a story of dreams, hope and finally luck.

At the end of 2016 Laurence asked us, if we would agree to a repeat mating of Fée and Jack. We didn't have to think long about it, because the puppies of the first litter were super and the time point was good for us to make our dream of a son of jack come true.

The mating took place at the beginning of February 2017 and the waiting for the ultrasound seemed like an eternity until we received the phone call that Fée was expecting puppies. The x-ray showed 7-8 bubbles, a good number and chance that there could be a black dog puppy for us.
Julia joined Laurence for the birth which happened without greater problems. First there came 2 liver boys, then a black and a liver bitch, followed by a black bitch, a liver boy and again a black bitch. this were seven, but Fée still had contractions and after a longer time a liver boy was born, but unfortunately he could not be brought to life. This were 8, so no black boy for us...

But in the fuss of the dead liver boy, we had not recognized, that Fée had went into the welping box to her puppies, where we could not believe our eyes. She had given birth to another black boy, which must have been hidden on the x-ray. And this boy became Nick.

About his name we thought quite a lot. He was born "in the Nick of time" so Nick should be his call name. His kennel also had to start with N, but we wanted something with a connection to Jack's name. Our choice was  New Era which means  fresh Breeze" (Era= erë, albanian for wind or air).

Nick was a very easy puppy in every respect and developed to a wonderful dog. He is very affectioned, keen to work and has a very good nose. He has all good abilities we wanted and time will show, if he can step into the big pawprints of his parents. He is something very special to us!