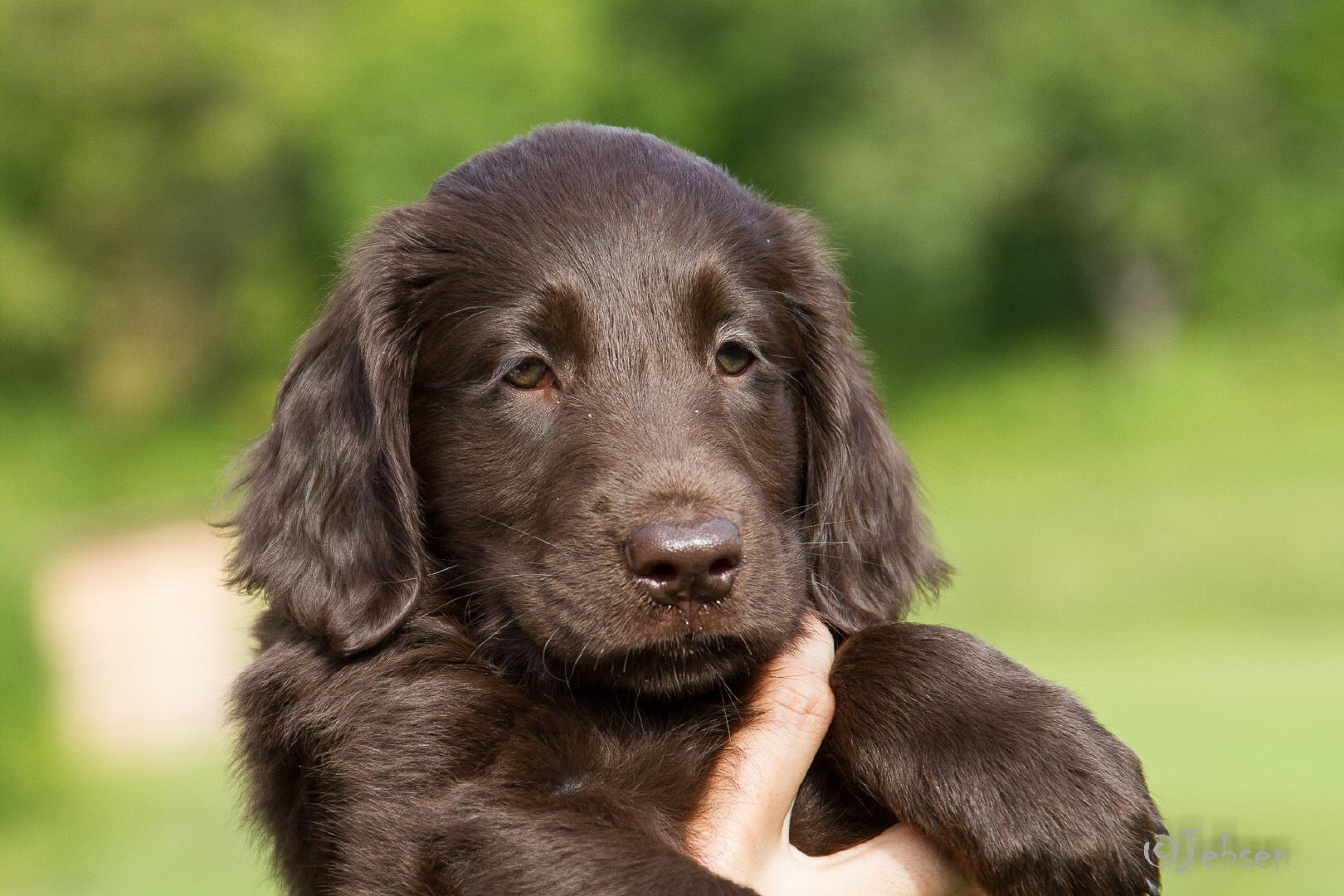 From the beginning it was clear for us, that if Jack's daughter Leelou would have puppies, a grandkid should move back to us. In September 2021 after a long waiting time it became true. Little Whisper continues the tradition of livers here. Whisper should have been a dog puppy first, but we finally decided for a bitch puppy to once start breeding flatcoats ourselfs.

Finding a name was as difficult as it was with Jack's name, because no name with N was to our liking until we found Nightglow. Also known as airglow, it is a faint emission of light, that causes the sky never to be completely dark. We found the name suits Whisper, because of her, we have a piece of Jack back again. Her call name is the one of her greatgrandmother, Jack's mother Whisper.